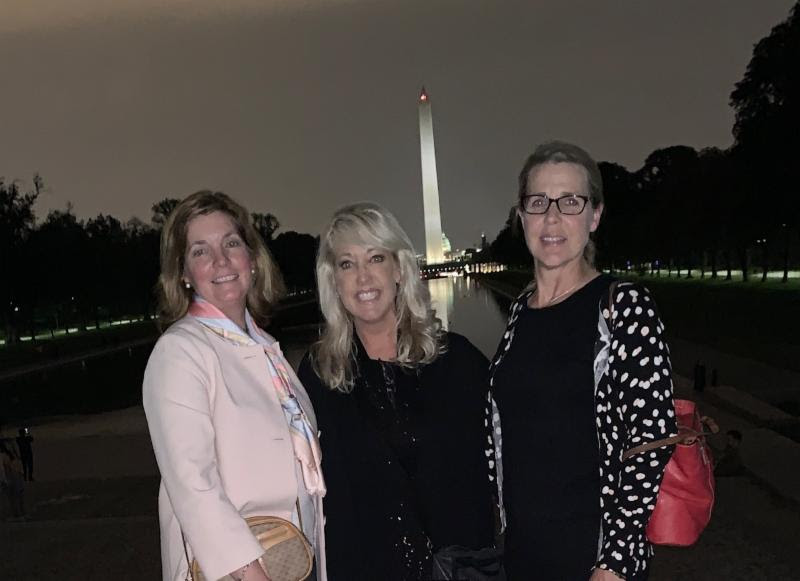 UPHA Representatives Frankie Trull, Jennifer Dixon, Tammie Conatser and Donna Pettry-Smith traveled to Washington, D.C. to meet with Congressmen and staff regarding the reintroduction of the PAST Act in the House of Representatives in January. The trip was organized as one of the action items to be implemented under the guidance of Frankie Trull, who was instrumental in mobilizing the strategic plan that helped the UPHA Task Force fight the USDA's proposed changes to the Horse Protection Act in 2016.

Copies of the UPHA Breeds breakout from the American Horse Council's Economic Impact Study and a flash drive containing a brief video introducing the Breeds of the UPHA were distributed at all of the meetings. The UPHA representatives focused on highlighting that the Breeds of the UPHA all trot in competition and are judged on correctness of gait, so there's no competitive advantage to soring these horses. It was requested that the PAST Act continue to specifically name the three breeds with a history of soring, with no additional mention of "related breeds." All of the parties that the group met with were receptive and interested in learning about the breeds represented by the UPHA.

Currently, the PAST Act has over 230 co-sponsors in the House of Representatives. It is expected to reach the 290 needed and go "under suspension," a procedure used to quickly pass non-controversial bills in the House. It is predicted that the bill will not pass the Senate. In this case, it is anticipated that the USDA/APHIS will revisit making changes to the Horse Protection Act, as was the case in 2016.

For this reason, the group visited the office of Congressman Colin Petersen (D-MN) who is the Chair of the House Agriculture Committee. In addition, visits were also made to the offices of Congressman David Rouzer (R-NC), Congressman Andy Barr (R-KY) and Congresswoman Cathy McMorris Rodgers (R-WA).

"I think it is imperative that we control the narrative of the UPHA Breeds and that we do not rely on another organization to do it for us,” said UPHA past President Tammie Conatser. “I am proud that UPHA is taking a proactive approach on behalf of our members."

UPHA will continue to monitor the situation as the bill moves forward.