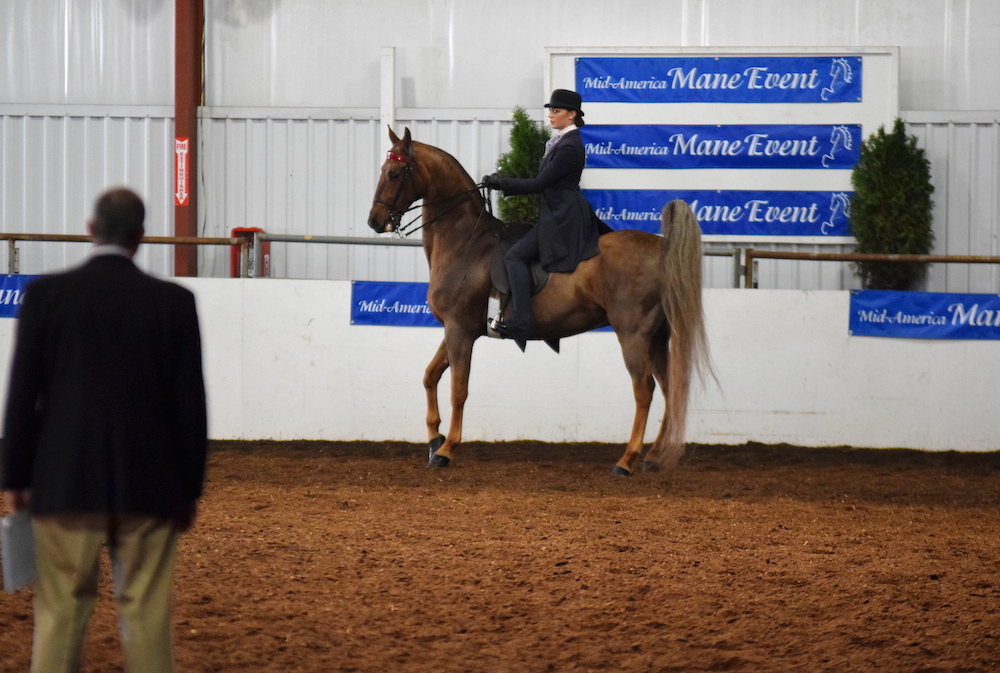 When turning off the rail to face the center of the ring, a turn on the haunches makes the most logical sense.The arena is pin-drop silent as an equitation rider performs the final circle of an intricate pattern and halts his or her horse in center ring. After a flawless workout of trots, canters, lead and diagonal changes, all that is left now is the return to the lineup. In most cases, this requires a turn before picking up the trot and heading back down the rail. But since it is not stated in the written workout, what kind of turn should it be? 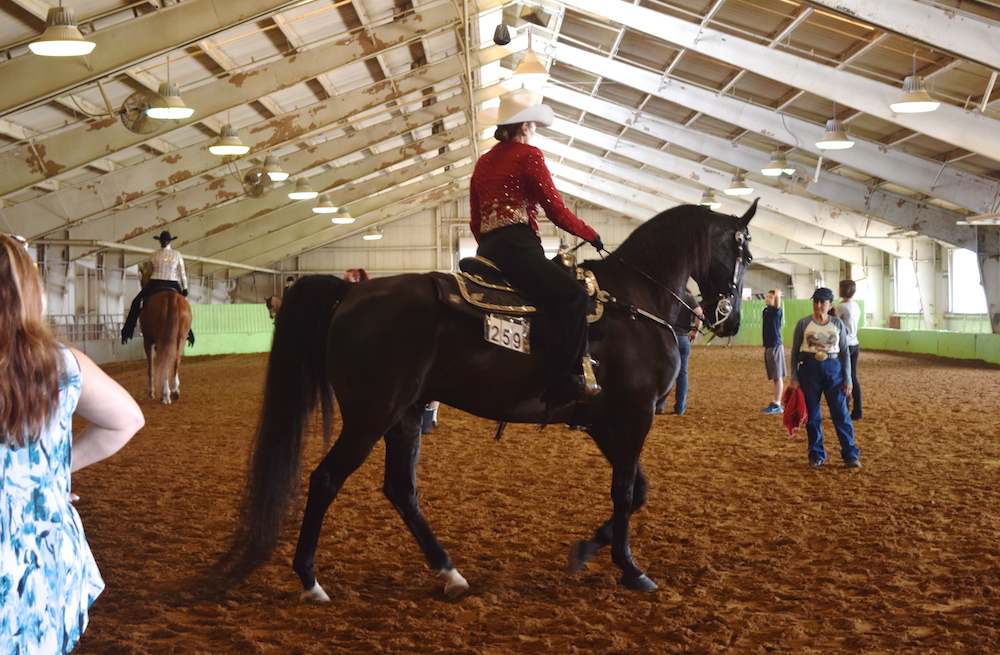 These days Dr. Janet Edgette is an equestrian sports psychologist, but in 1974 she was a slightly overwhelmed 17-year-old junior rider cantering her horse around the Madison Square Garden arena at 4:30 in the morning before the start of the prestigious Maclay Finals.

“My trainer was trying to teach me something to do with flying lead changes,” Janet said. “I love him dearly; he was great. But I remember thinking, ‘really, now?’”

Janet’s childhood trainer is far from the only trainer to try and teach a rider a new skill at a horse show, and though it’s not always as high-stakes as Madison Square Garden, this practice can adversely affect a rider’s performance at any show. While good communication can sometimes lessen the stress of being asked to learn a new skill in such a pressurized setting, the best tactic is to avoid this extra stress entirely, through foresight and proper preparation. 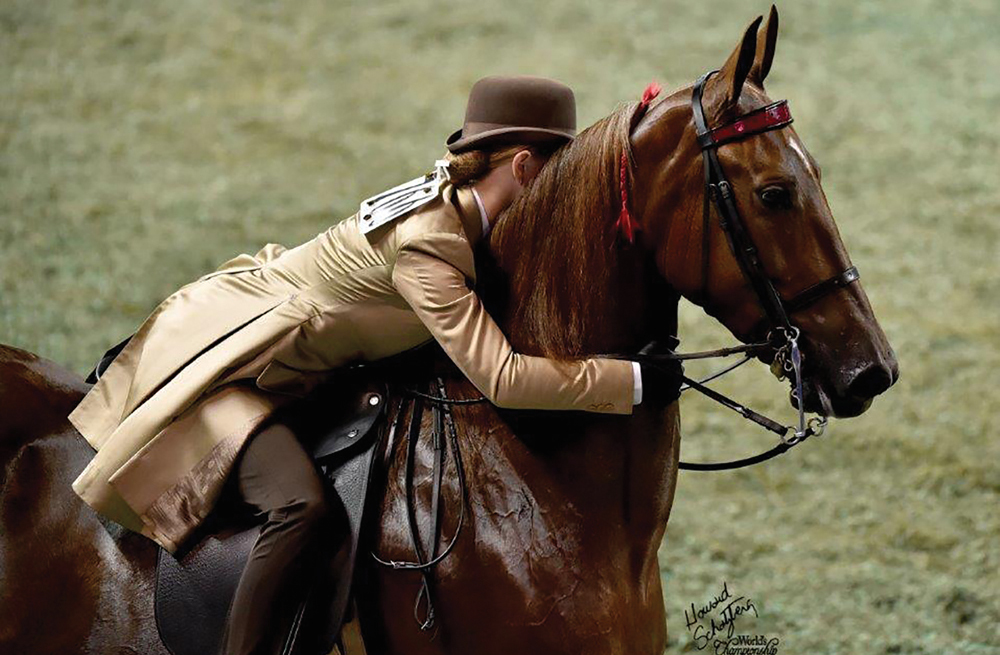 CH Moonlight Memories gets a hug from McGee Bosworth.When it comes to mares, their reputations precede them. From often-touted clichés to humorous tee-shirts, it is clear that they are known for being touchy, moody and just generally difficult. Yet there are a number of stunningly successful mares on today’s show circuit, proving that these complicated creatures can still go on to great success. Some even believe that a good mare has the potential to be an even better show horse than a gelding or stallion, if you are able to bring out the best in them – something that takes patience, cooperation and a willingness to listen and learn. 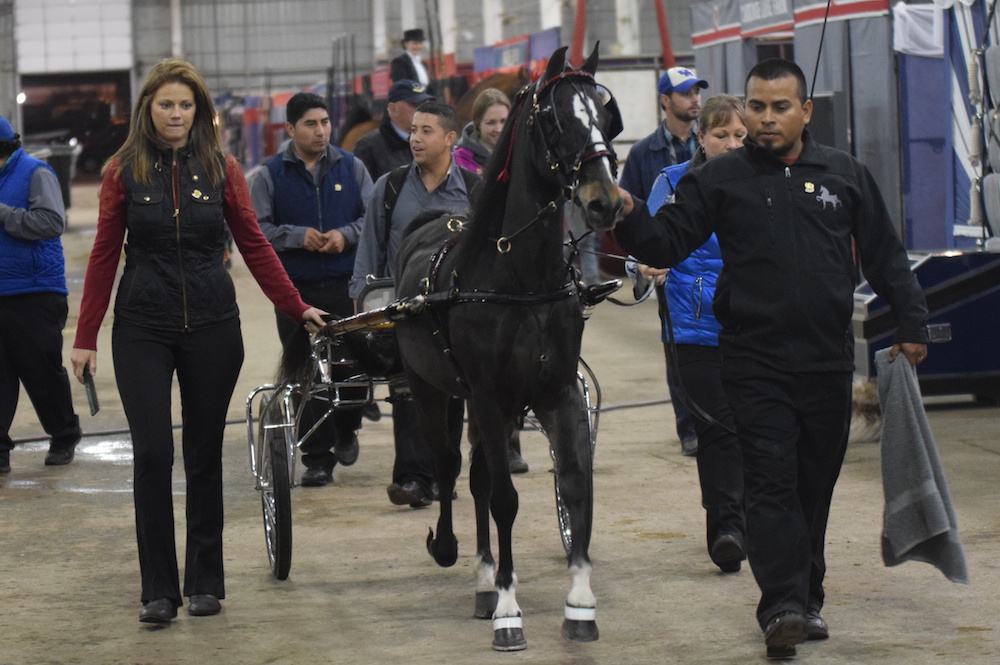 As the results of the most recent presidential election were broadcast, the conversations started predicting who would be the members of the newly elected president’s cabinet and other positions of power and influence. What criteria for evaluation were being used? Who would be on the team? Although the filling of such lofty positions don’t seem to correlate to anything we need to do within the equine business world and the running of a facility or other related equine enterprise, a little thought should bring to mind the reality of similar decisions. Where is your passion going to take you? 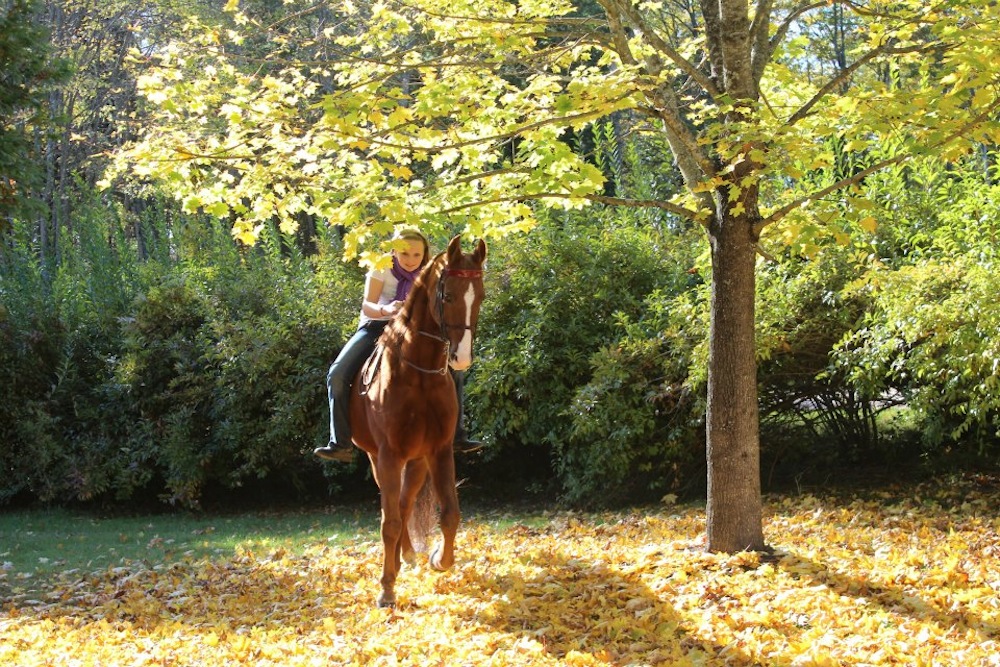 A short trail ride can be a great change of pace for show horses and riders.Horse show season is well underway and trainers, owners, and the horses have a busy few months ahead of them. For humans it’s sleepless nights spent in cramped hotel rooms, eating whatever someone brings them, and fifteen trips to Home Depot because they can never find the black electrical tape. The horses can look forward to thousands of miles on the trailer and a new stall to rest in every weekend. Show season can certainly take its toll on humans and horses alike, the thing that everyone looked forward to throughout the cold winter months becoming more of an exhausting obligation as the season wears on.