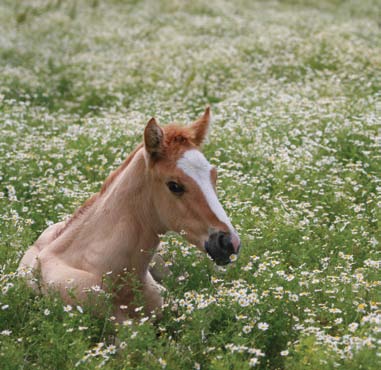 When the new year comes along, all the stallion advertisements come out. I love to look through them, see the beautiful horses, read about their accomplishments, and do some dreaming, even though I am not a mare owner.

At this point I have three geldings in the barn, so clearly I’m not in the market for stallion services, but even when I had some very nice mares, I never took the big step to breed one.

This is not to say that I have never been tempted. When you have a really nice mare, you can’t help but imagine how nice a foal she would have. At one point, I even started clipping stallion ads that I liked for future To Breed, or not to Breed, that is the Question …consideration, but I came to my senses before I took the big step.

As for the mare, the decision can be made by setting some practical standards. First and most important, is she good enough in conformation and quality? Don’t breed a less than spectacular mare and expect to get a foal that is a show stopper. If you want a great youngster, he should have two great parents.

Secondly, is she available? If your mare has retired as a show horse for some reason, and is not too old or unable, she might make a good broodmare. You must realize, though, that there will be time while she is heavily pregnant or has a small foal at foot when you will not be riding her.

Assuming you have a really good mare that is not being used otherwise, then the next step is to honestly consider if you are up to the task.

Can you afford it? There is more than the cost of stud fee and vet bills. There is feed, board, regular care, and training. Estimate how much you will spend on everything from now until the time you will be able to ride the young horse.

Breeding a mare is not something to be taken lightly. There are plenty of horror stories about everything that can go wrong.

I was recently introduced to a very nice lady with a good looking three month old colt. She is very happy with her young horse, but getting to this point was a struggle.

First she bought a nice mare that was in foal to a very good stallion. Unfortunately, she lost the mare but got a good quality filly with far better bloodlines than her budget would have allowed her to purchase. When that filly was started in training, she was injured and left permanently unsound.

Finding herself the owner of a really good mare that she could not ride, she decided to breed again. This time it was worse. The foal appeared to be born dead, but fortunately was revived, and is now strong and healthy. The mare retained a piece of placenta that ultimately caused her death, leaving the owner to hand raise the foal.

Hopefully things will work out well with the colt, but if you add up all the vet bills, feed and other costs, plus assign some sort of value to time invested, this is a very expensive colt. Looked at in the long run, his owner would have spent less buying a high quality two- or three-year-old at the start instead of trying to breed to get one. More importantly, she would have saved herself all the heartache suffered for the two mares she lost and the worry over the colt that nearly died.

If everything goes smoothly, breeding is a great way get a good quality foal, but you are taking risks. Are you prepared in case you lose the mare or the foal or possibly both? Are you prepared for all the expenses if something goes wrong? Do you have a plan in case the foal does not meet your expectations?

If you go into breeding with your eyes open to the pitfalls and prepared to handle whatever fate throws your way, then it can be an experience you will treasure, and hopefully result in a horse you will enjoy for many years to come.