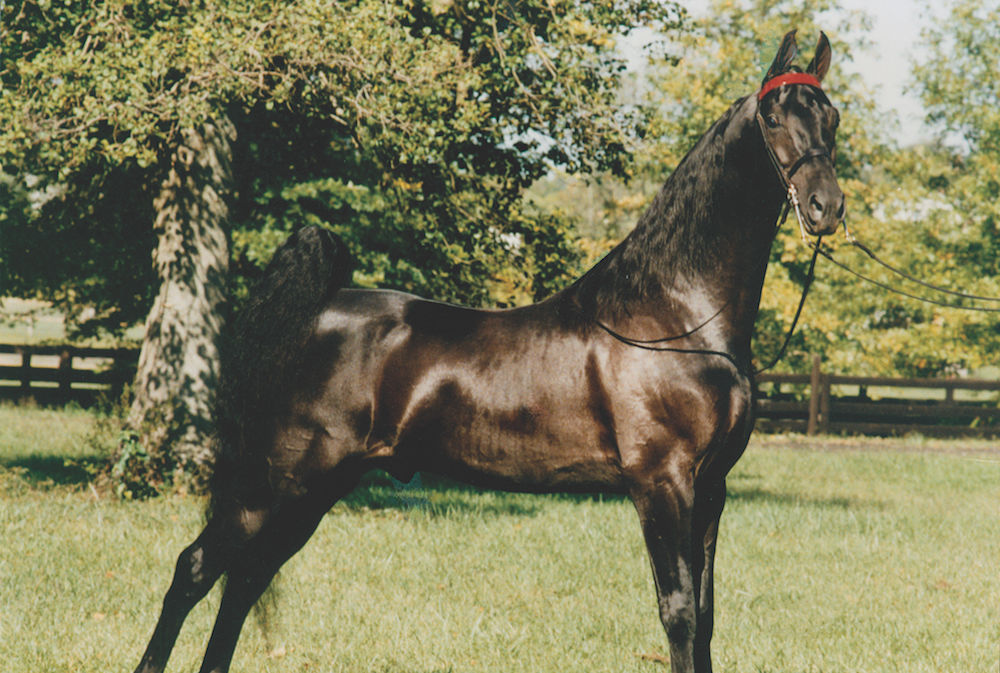 Every spring eager breeders await the arrival of foals in hopes that the next great breeding stallion will emerge. Over a thousand foals will be born, yet a very small percentage will remain intact much past their second birthday. To geld or not to geld is a question that all breeders will toss around as they evaluate their colts. Each breeder may have a different perspective on what they look for in a future breeding stallion, but most agree that a colt must be special, and they must stand out.

Ross Millin, an avid South African Saddlebred breeder who makes the trip each year to the World’s Championship Horse Show said it best when he said, “I would rather have an above-average show gelding than an average breeding stallion.” He also stressed, “A colt must have a great broodmare line and the look of a sire. Even if he has the genotype in his ancestry, he must also have the phenotype to match it.” The consensus is that the big five of type, confirmation, ability, disposition, and breeding must all be considered when making this important decision.

Type is the extent to which a stallion looks or compares to breed standards of what a Saddlebred is supposed to look like. Correct type refers to the most desirable and balanced qualities of a breed, not the most extreme. His head should be carried high with proud carriage and in proportion with a long neck and clean throatlatch. Eyes should be wide set and bright while his ears should be small and pointed forward out of the top of the head.

Conformation focuses on the degree of correctness of bone and muscle structure of a stallion. Conformation includes the length of bones, the angles of joints, and the overall proportions of the stallion. His body should be proportionate, as he will be passing down his traits to offspring. Good conformation will also extend longevity and the career of the stallion in both breeding and performance.

Ability captures a stallion’s capacity to both learn and perform at the highest level. The stallion must be an intense and athletic competitor. He must also demonstrate great strength and stamina with tremendous action.

Disposition is the desired demeanor or temperament of a stallion. Attitude is important, but a stallion must also be controllable and willing. He must carry himself with style and presence.

Breeding evaluates the bloodlines of a stallion for several generations, both on the side of the sire and the dam. Full siblings and offspring will also be studied and analyzed.

Joan Hamilton is an experienced breeder at Kalarama Farm in Springfield, Kentucky, one of the premier breeding farms in the industry. She has influenced the breed immensely by breeding numerous World’s Grand Champions. Even more importantly, through the years Joan has owned some of the breed’s top stallions. Joan’s breeding program is a proven advantage to the American Saddlebred breed.

“It’s hard to breed the winning horse,” Joan said. “To make a great stallion, one must have an exceptional pedigree, an extraordinary asset that could be passed on to offspring.” 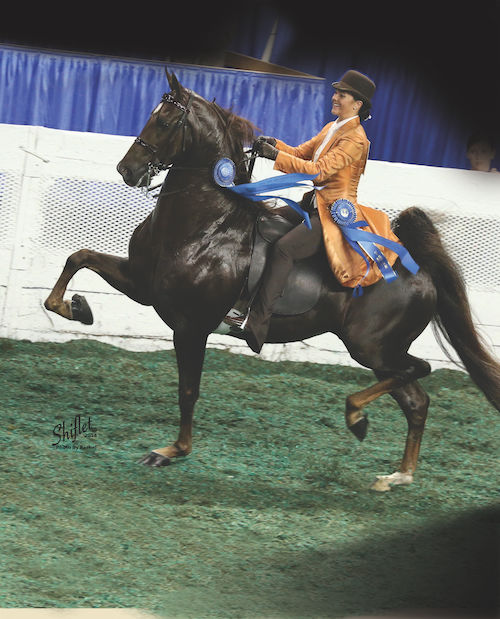 The way Joan decides which colts she will castrate or keep a stallion does not always come down to a simple answer. As a large breeder, she conveyed that to keep the horse a stallion, he must be an asset to her breeding program and fit perfectly with her mares. Joan truly believes that breeding has a lot to do with the mare and her pedigree, and the success of her full siblings. Obviously, breeding to a pretty stallion is desirable. However, it is also important to look at conformation and bone structure. Good conformation and bone structure will help the horse last longer as a show horse. If the stallion does not have a lot to offer as a breeding stallion, then it would be better to castrate the horse.

“A good strong mare will take you to your peak in a great breeding program, and if a stallion produces good breeding mares, that is another way to look at the breeding stallion as a huge asset to the breed,” Joan said.

A great stallion has the attitude at a young age. Joan owned the great WC Harlem Globetrotter, who sired over 700 horses and was himself nine times a World’s Champion.