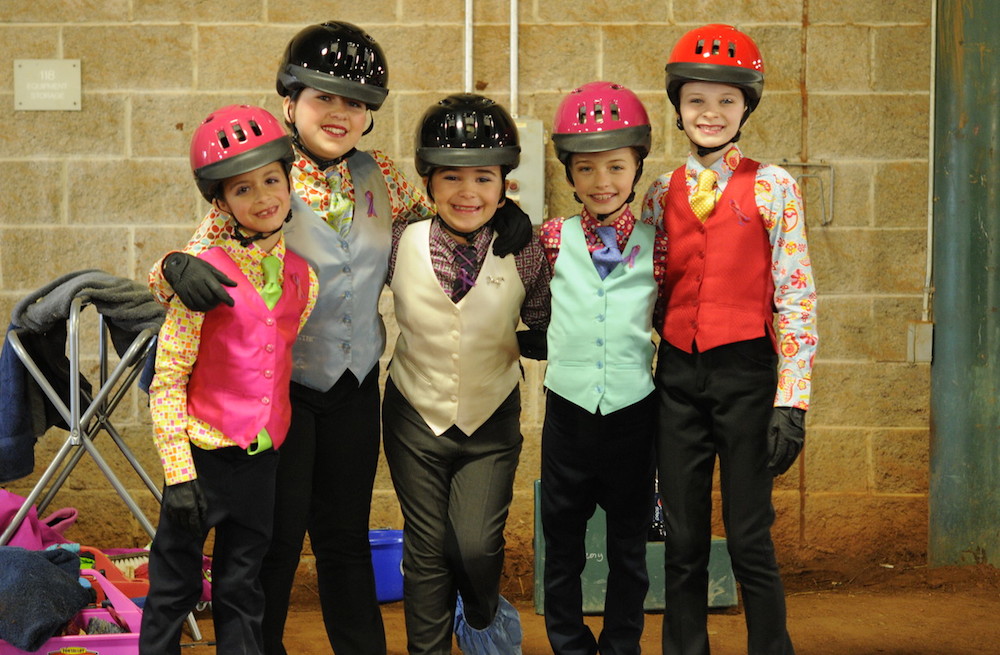 Horse showing itself may be a subjective business, but in actuality the rules are pretty straightforward. In the performance, pleasure and equitation divisions, rules come from a national governing body and remain the same across the country. Then there is the academy division, a relatively new addition to the horse show scene, which has been governed differently since its first day – on purpose.

Most saddle seat riders today are familiar with the academy division, but few beyond current academy exhibitors and instructors, actually understand it. Though the academy system may seem complicated and a bit confusing, its main principles are quite simple: do whatever works in each region to introduce the largest number of people to saddle seat riding.

“Pat Graves taught for Cleveland Park Stables and had started what she called ‘winter tournaments’ to get the kids off the farm a Saturday a month, so they were doing more than just taking lessons,” Mary Lou said. 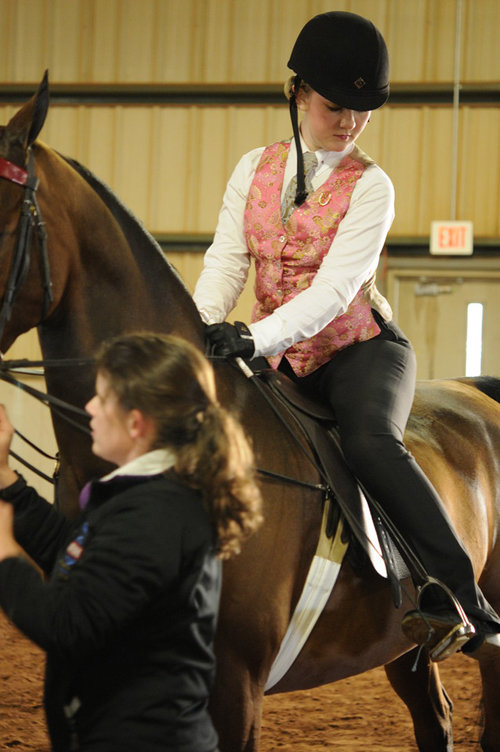 Not long after that, Pat approached trainer and UPHA Chapter 12 chairman Carol Greenwell about expanding on these tournaments, and in 1989 they decided to add some classes for these riders at a local horse show. The horse show they chose was J.D. Massey Classic, also in Greenville. Though the show had previously been known as the Greenville Horse Show, this was the same year it changed names to honor the show’s long time supporter J.D. Massey, who at the time, was the show’s executive vice president.

The very first academy classes were held on Saturday morning, and included only four different classes for different age groups and abilities: 10 & Under Walk/Trot, 11-14 Walk/Trot, 13 & Under W/T/C and 14-17 W/T/C.

The classes, however, were a big success. As Brenda Pulis wrote in the June 1989 issue of Saddle & Bridle, “…the academy rider division offered for the first time at Greenville drew large numbers of local beginner riders on their school horses. Railside there were large numbers of fellow students and parents and friends cheering them on.”

From then on, academy was seen as a need, and supporters began working to expand on its J.D. Massey success.

“Carol was good friends with Ray Cloninger, who managed a lot of Carolina shows at that time, and Ray started adding them to other shows,” Mary Lou said.

The original rules for the academy division were penned by Phyllis Brookshire, and she was tasked with this project for two reasons.

“That was the year I was our UPHA chapter chairman, and I didn’t have an academy program, so I was Switzerland, a neutral party,” Phyllis said.

Since she does not remember starting from a blank piece of paper, she thinks they asked other professionals to send in their informal rules or suggestions and then filled in the gaps.

Regardless, she believes the most important rule they put into effect was the one that specified the need for a UPHA representative at every horse show that was hosting academy classes.

“That sort of became our rules enforcement, and also somebody to clarify the rules,” she said. “That really is what made it all work in the beginning. I think if it had just been rules on paper with no one enforcing or explaining them, it would’ve been a very different process.”

Though the academy division had initially started out under the governance of the local UPHA chapter, Mary Lou said that it was taken over by the American Saddlebred Association of the Carolinas a few years later so the riders could be included in the year end high point award system, which further spurred the division’s growth.

“As we started giving out awards, we needed more and more ages groups and classes, and it has taken on an entity of its own,” she said.

This growth also meant that exhibitors and trainers needed a little more direction.

“As it grew, and as people found ways to bend the rules, we had to refine those rules year after year,” she said. 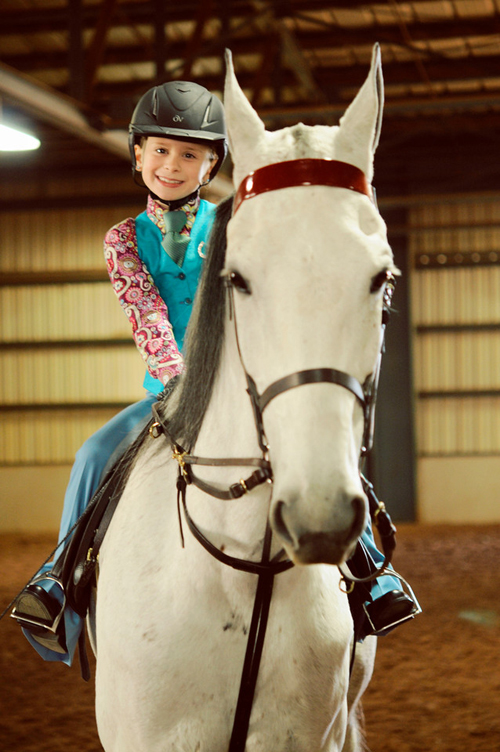 When Mary Lou became the chair of the ASAC academy committee in the early 90s, she developed the division’s first published set of rules.

“It is at that point that other parts of the country really looked up to us and tried to model their programs or horse shows after us,” she said.

There were a few growing pains during this process, many of which took place during instructors’ meeting luncheons held at ASAC conventions.

“It became a joke that all the utensils would need to be removed from the table before we got into the meeting because we would get really heated with each other on a few points,” she said.

Betsy Boone, owner of Boone’s Farm & Stables in Concord, North Carolina, remembers the growing pains well. Though she had taught at other barns previously, she started the Boone’s Farm riding program in 1995, and has been intimately involved in the academy division since its early days. For years she served as the chair of the ASAC academy committee, and currently serves as ASAC secretary.

She said that academy is unique, because it does not operate under one national governing body, but local ones, such as state or regional organizations like ASAC, or even individual horse shows.

“It’s always kind of been a free-for-all where it’s governed locally, and really and truly it should be, because in different parts of the country everyone is so different,” she said.

These differences can be seen in everything from what horses are allowed in the classes to the way the riders dress. For example, ASAC requires helmets for riders ten years old and under, while the nearby American Saddlebred Association of Georgia requires them for riders seventeen and under and the Northwest Saddlebred Association requires them on academy riders of all ages. In Georgia horses do not have to be used in a lesson program to show in the academy division, but under ASAC rules they do. Betsy believes that ASAC’s eight-page “Academy Rules And Handbook” document is probably one of the strictest overall. 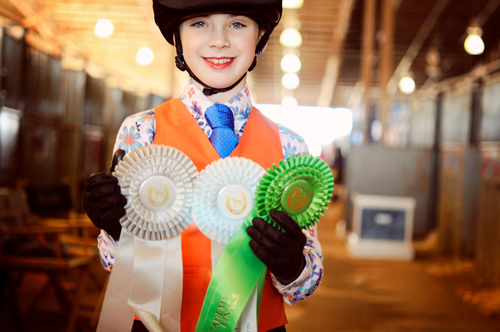 “Some people say it looks like the USEF Rule Book or something, but unfortunately we need to have it like that,” Betsy said. “What the rules do is they eliminate the grey area. When there’s grey area and riding instructors, there’s going to be drama, and drama is detrimental to what we’re doing.”

The American Saddlebred Horse Association Charter Club Council recently tried to help eliminate this grey area for other areas of the country as well, creating a set of guidelines for shows or organizations to use. Unfortunately this two-year project caused a bit of panic when the guidelines were published on the ASHA website in December 2016, as people around the country mistook the guidelines for rules rather than suggestions.