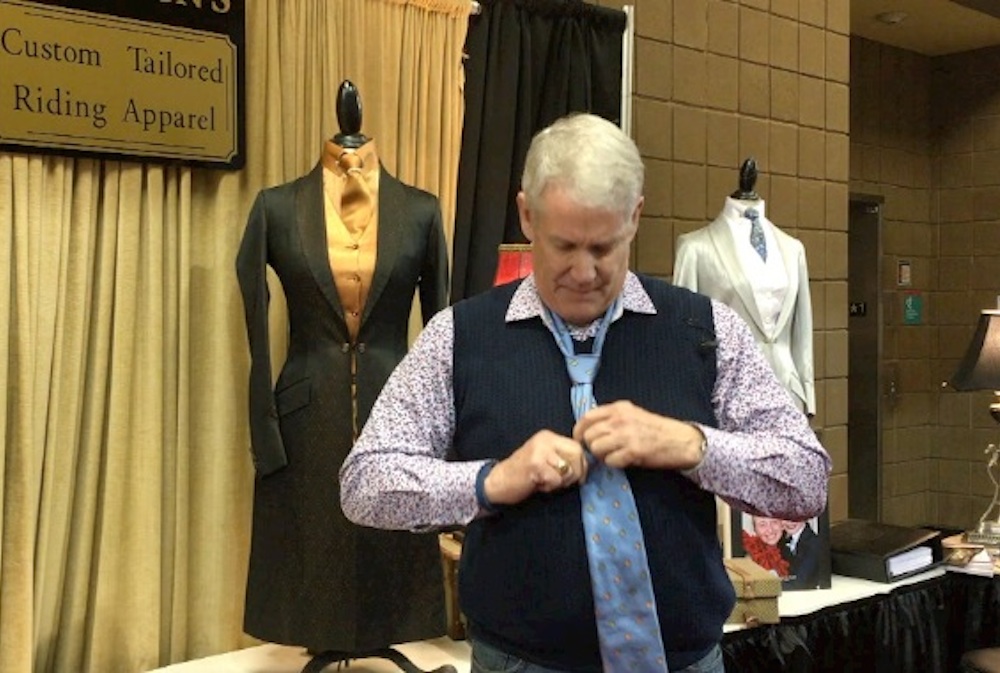 For years my daughter Kari had been stuck wearing ties with my limited tie tying abilities, until Frierson from Frierson's Custom Riding Apparel, took the time to explain the Shelby knot to me. I think I had always been going with one simple loop over and under, and it always looked about half right.

Then one day, after seeing his perfectly presented tie rack, I asked him his secret. He spent about 20 minutes instructing me until I got it right. The knot he showed me goes by two names. It is either called the Shelby knot, or sometimes the Pratt knot. But whatever it's called, trust me that the key to success is pulling that first loop over tight! When you’re finished be sure to snap the sides, and you’ll have a perfect triangle that’s nowhere near as huge as the Windsor knot.

At this year's American Royal he was kind enough to demonstrate the same technique on video. For all those other horse show dads, moms, and riders who need a little help with their own tie tying abiltiies, I would suggest watching the video once through, and then pausing it at each step while giving it a try yourself.

Check it out below:

If you master these simple instructions, you or your rider will have one less thing to worry abut on show day. For sharing this knowledge, a special thanks to Frierson Atkinson (yes, he does have a last name).