Two days ago Chris called me into his office with a job for me. An upcoming ad for our November issue required someone searching through our magazine archives to find old pictures of a certain horse.... 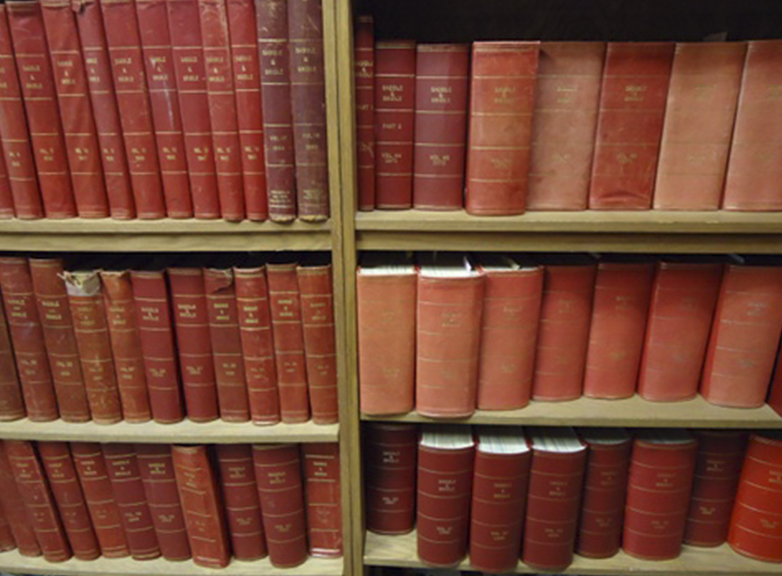 Since it was an equitation horse (I love equitation!) and since he knows I’ll take any excuse I can get to look through our library of bound volumes, Chris had decided to assign the task to me.

“I figured you were the only crazy one who would enjoy this,” he said.

“So I get to look through old issues?” I asked him, holding my breath.
He nodded affirmatively.

“Yessss!” I exclaimed, a little too loudly.

He gave me an amused look and sent me off.

I’m not sure exactly what it is about looking through the archives that I enjoy so much, but I’ve always been that way; maybe I just have a thing for the past. But I do think part of it is the knowledge that, because Saddle & Bridle has been around so long, the history of Saddle & Bridle is really the history of our breed. That’s the basis of my new column, “Reverse In Time,” which is another great “excuse” to look through the archives. “Reverse In Time,” however, is progressing forward with the highlights from each issue, starting in the 40s. For this Chris-assigned task, I would be looking through the issues from the 80s. Skywatch and Imperator territory.

Sitting on the floor of the library, back propped up against one of the shelves, I pulled the 1980 bound volume toward me and began to page through it. I searched through issues from 1980-1985, stopping only then because that’s when the computers take over logging the photos.

Back then Saddle & Bridle was published twice monthly, and was experimenting with covering Morgans as well. There was an article describing Imperator’s win at Lexington, written in the most beautiful language I might have ever read. There were younger versions of many of the same trainers and exhibitors from today, and sires of many of the show ring champions of this decade. Suffice it to say, I was in Heaven. I love any kind of library, but the best kind is just down the hall.