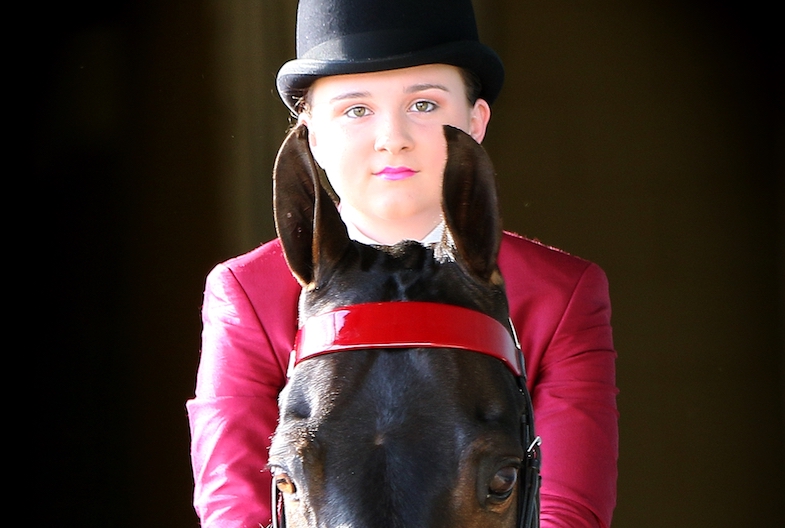 If you’ve never heard this phrase, you’ve probably never taken a riding lesson. It is the mantra of riding instructors everywhere – one of the first concepts new riders are taught as they learn to tack, mount, lead and ride their horses. But is this an over-correction to a world where excuses run rampant, or does it really mean what it says? Even at the highest levels of riding, is it really never the horse’s fault?

To answer this question you have to dig a bit deeper into what the statement means – and what it doesn’t.

The importance of the statement

According to Smith Lilly, trainer at Mercer Springs Farm in Princeton, W.V., and author of “Saddle Seat Horsemanship,” it is very important to teach new riders not to blame their horses. In fact, he believes in this concept so strongly that he wrote about it in the second chapter of his book.

“I think, more and more, children lack the ability to take responsibility for their own mistakes,” she said. “I’ve heard everything from ‘I didn’t sleep well last night’ to ‘I’ve got cramps.’ I think as you get older you realize that you have to go to work no matter what. I think this next generation is going to struggle with that to a certain extent, because they do lack the ability to take the blame.”

Because of this, she believes that it’s incredibly important to teach riders from the first lesson that it is not acceptable to blame their horse.

Anyone who has spent more than a few minutes around horses knows that even broke, well-trained horses don’t always do the right thing. Even Smith readily admits that horses do make mistakes, so how is this reconciled with never blaming the horse?

Smith believes that it is reconciled easily because there is an important distinction to be made: though horses have the capacity to make mistakes, it is still the rider’s responsibility to help the horse avoid them.

“There’s nothing that isn’t the rider’s responsibility, in the end,” Smith said. “And by the rider I mean the rider/trainer combination.”

Living up to this responsibility may mean doing something slightly different each ride, because horses are living, breathing, dynamic creatures.

“Horses aren’t the same every day,” Smith said. “You have to constantly adapt your riding to your horse.”

“If the horse is having a bad day or doesn’t like the ring they’re in, it becomes your responsibility to be a good partner to him and navigate the ways through that problem. At the end of the day, the biggest portion of getting them to have the best performance is you.”

If you cue for a canter lead the same way you always have and your horse doesn’t take it this time, there were probably some outside factors you should have accounted for first.

“There may be times that maybe someone drops something outside the ring and they get distracted, and they may need a little more assistance to get the lead than they did last time,” Erin said.

Because of this, Smith believes that one of the best skills for riders to work on is their foresight.

“Most mistakes are preventable if you knew what was going to happen before,” he said. “We have to do better and strive to improve our foresight. Foresight beats hindsight.”

And even if you accounted for those outside factors, you’re not totally off the hook.

“If you can check all the boxes and say, ‘I did it all correctly,’ and they still got it wrong, it is still your job to stop him and ask again,” Erin said.

Taking it too far

Like horses, riders have different personalities, and certain personality types – specifically perfectionists ­– may struggle with shouldering all the responsibility for their performance. Some riders may take the concept too far, or in an unhealthy direction, beating themselves up for their failures during a past performance so much that they can’t perform well for their next one.

With a rider that is really struggling, Smith believes that the first thing to do is take a good look at the situation to make sure he or she isn’t being over faced.

“Maybe the rider doesn’t have the skill to pull off an equitation workout or ride that really game gaited horse,” Smith said. “You can’t blame the horse, but maybe don’t blame the rider either. Assess it honestly.”

For riders who are not over faced, but just tend to be too hard on themselves for every little mistake, it’s important to account for their personality when coaching them.

“Some kids are the type [that say] ‘give it to me straight,’” Erin said. “Other kids need you to soften the blow just a little bit. I don’t ever dance around the answer, I just soften the way I say it. I am blunt with my riders because you can’t change what you can’t acknowledge.”

“I think we all probably need a little bit of hard coaching every now and then, but it can’t be the only way,” Smith said. “You want to make the same point, but the way you make the point may differ from rider to rider. But the standard is still excellence.”

For riders aboard young or green horses, where mistakes are more likely, it is also important that they understand that mistakes are not the end of the world.

“There’s nothing wrong with a mistake, but what I don’t like is to make the same mistake twice,” Smith said.

And, for beginners all the way up to World’s Champion trainers, sometimes the answer is a simple one.

Stepping up your game and making a change gets you a lot further than wallowing in your frustration.

“If you beat yourself up about it and make yourself miserable, then you’re just going to be miserable,” Smith said.

When it comes to mistakes in the show ring, neither horses nor riders are infallible, but it is the rider’s responsibility to help the horse prevent the mistakes, or at least not allow them to happen again. It may seem like a monumental task, but Smith said that riders shouldn’t get discouraged by it.

“The beauty of working with horses is that it’s never going to be perfect,” Smith said. “Perfect isn’t out there. Excellence is out there. That’s why the sport is striving. You can’t find a perfect horse, you can’t be a perfect rider, you can’t make a perfect ride. It’s not attainable, which leaves room to get better. It’s liberating, and it’s also motivating.”