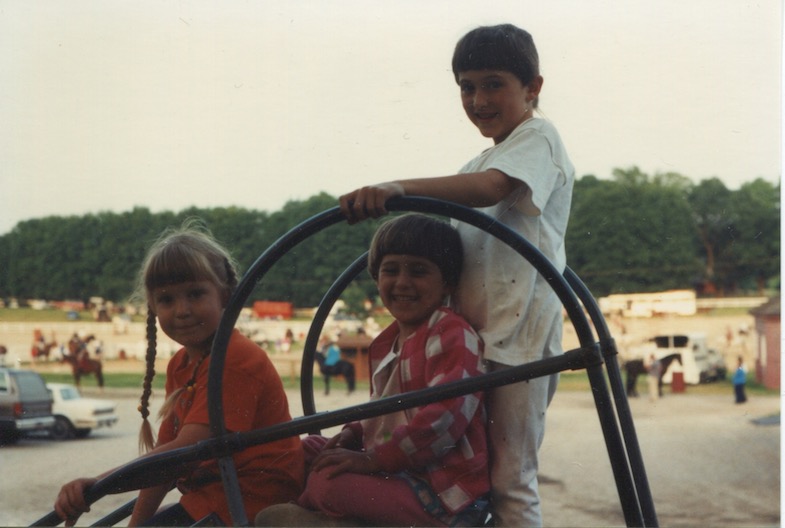 The Quentin Riding Club was sold on Saturday July 13, and though the end had been teetering on the edge of our sight for years, still I can hardly believe it. The loss of any equestrian facility is a real blow to the show horse community, and Quentin was a mainstay for equestrians in the Northeast. It hosted countless events each season, and since it originated as a Hackney farm, it had a particular propensity toward saddle seat show breeds. The Quentin logo even included a Hackney.

For a while, I tried not to think about the loss of Quentin, but when I finally let myself, I found that I had a hard time explaining to others why it saddened me so much. Yes, I left Pennsylvania when I was 18 and have been back precious few times since. I attend horse shows at a dozen different venues each year. But, while it may have sold at auction for $2.1 million two weeks ago, to myself and many others who grew up there, the Quentin Riding Club was priceless.

Throughout my youth, few things were part of my life with the consistency of Quentin. Founded in 1935 when a group businessmen from Lebanon organized to acquire the former William Coleman Freeman Hackney farm just down the road from the town of Quentin, the Quentin Riding Club that I knew was 46 acres of childhood freedom on a beautiful, historic property. I was probably about 4 years old when I first set foot there, and I would return for multiple shows every year until I left for college – and sometimes even during the summers between college. 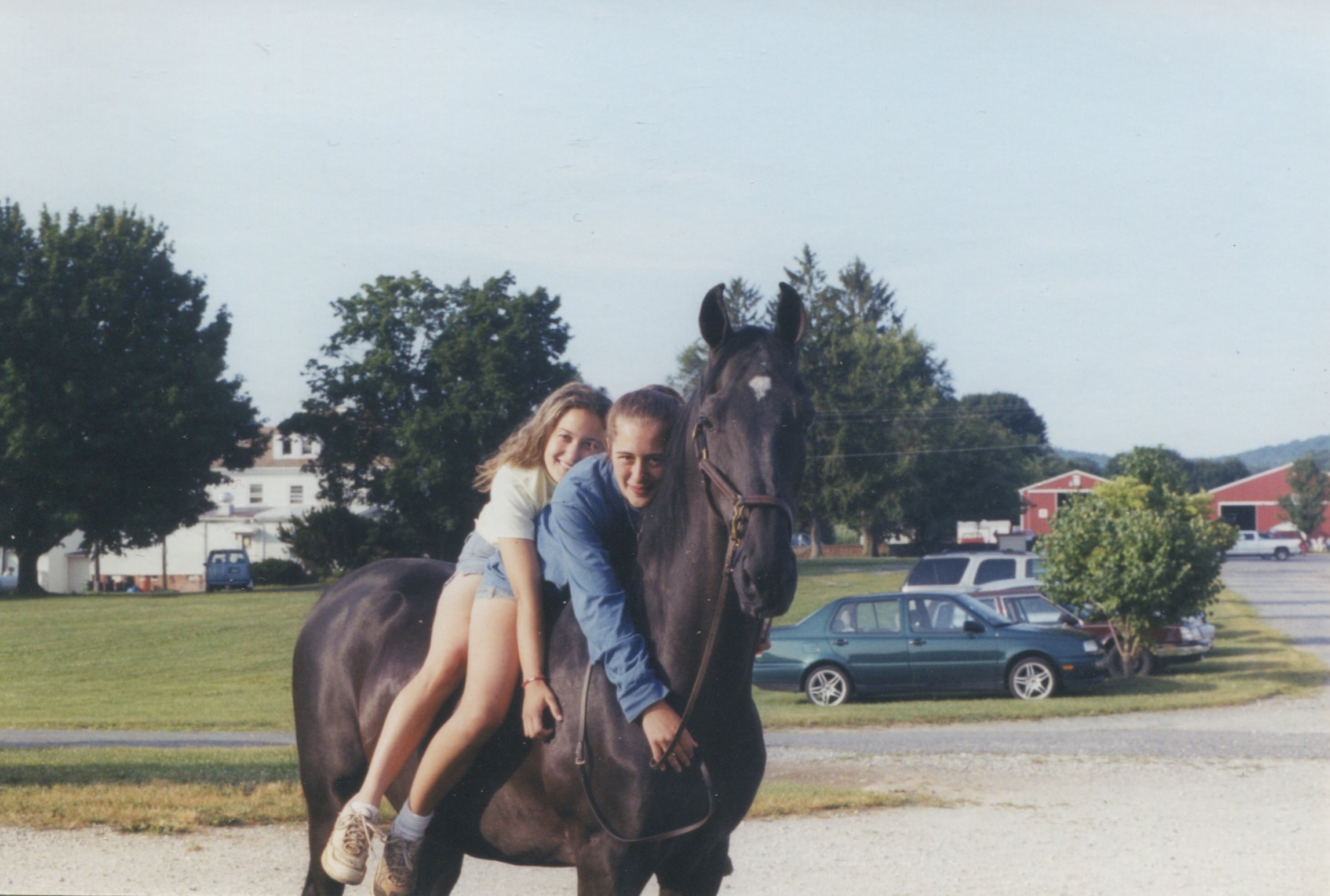 The property included multiple barns, outbuildings and show rings. One of the buildings was converted into an indoor show arena, but was rarely used. The main attraction was the large outdoor ring with the unique covered grandstand down one rail and bleacher seating on the opposite side. Though we didn’t realize it at the time, in the age of indoor coliseums and show venues, Quentin was a throwback to days gone by. That show ring is probably the largest ring I’ve shown in to date, and contained some unique features. A “horse-eating” flagpole stood about halfway up the right hand rail, and rattled in the slightest breeze, always when you really didn’t want it to. A drain stood in the middle of the ring, and had to be accounted for by anyone performing a pattern at the far end. And that far end of the ring? It was very far. Trotting around that turn was always a bit nerve-wracking, because it felt as if you had left the safety of the enclosed show ring and were suddenly on your own out in the middle of nowhere.

Quentin was the site of shows both big and small, from the pomp-and-circumstance of the Children’s Benefit Horse Show, with packed stands and a dozen great gaited horses showing under the lights, to its relaxed but competitive fun show series. Many great horses and ponies showed in that huge ring throughout the years, trotting across Quentin’s trademark grey stone dust. Ah, that stone dust. Sometimes I’m still cleaning it off girths and harnesses in my dreams. 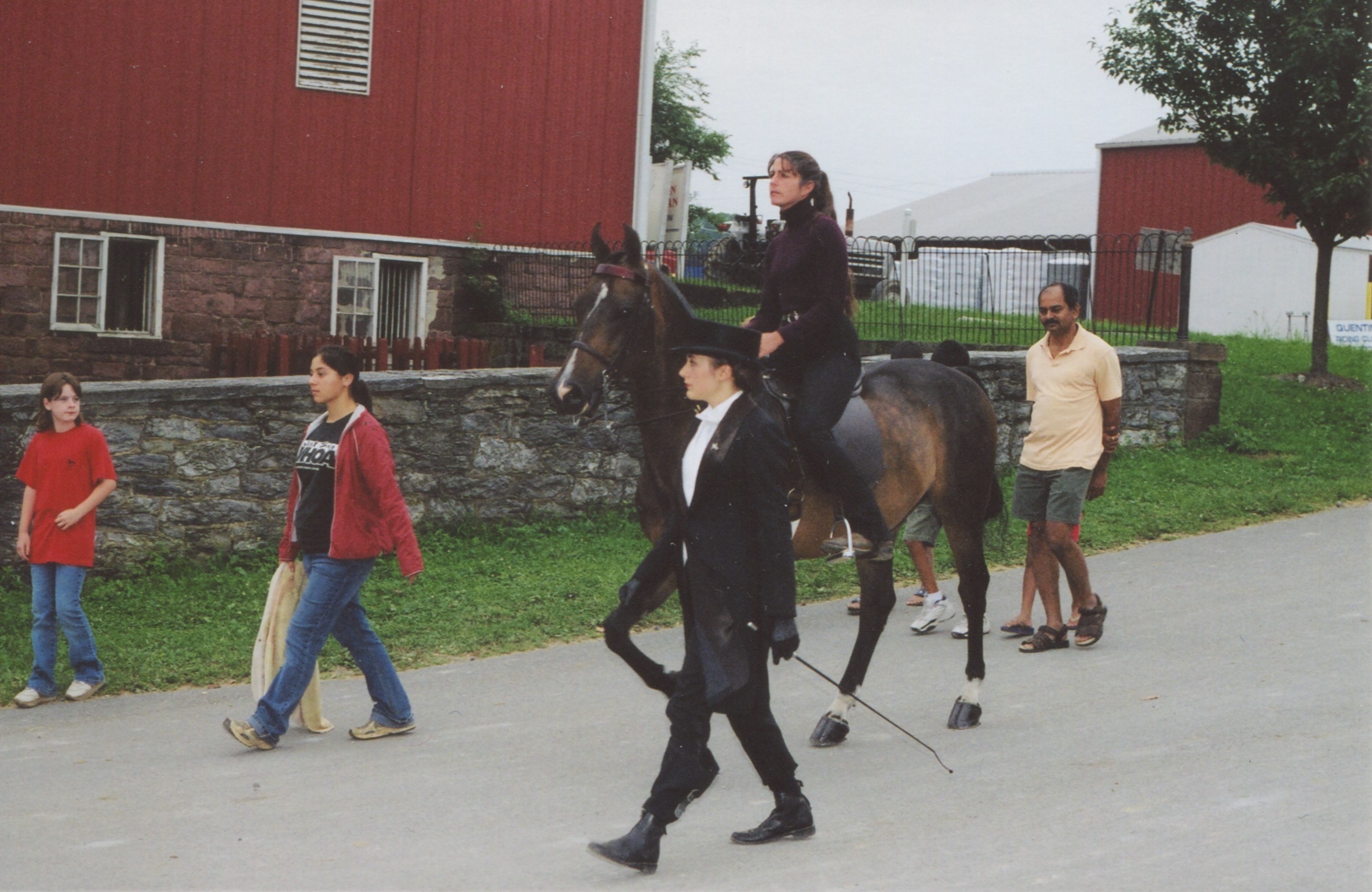 But as children we didn’t think too much about the great competition at Quentin’s shows. When we were young, the show grounds was simply our oasis. When we pulled into the grass parking lot and piled out of our respective vehicles, our parents didn’t feel the need to keep watch of us. Not only did we know the trainers and exhibitors from ours and other barns, we knew the announcer, some years we knew the grounds keeper, the lady who ran the Chinese food stand, the vendor who ran the wood shop. We played on the playground down the hill from the historic clubhouse, we balanced on the long, stone wall that ran from the barns at the top of the hill down to the show ring – always careful to not spook any horses that were heading down toward the ring. We leapt (and sometimes fell in) the creek that ran behind the show ring. We begged our parents for money to purchase the delicious lo mein, egg rolls and fresh squeezed lemonade from the Chinese food stand, and asked for cups of shaved ice to feed to our horses as treats.

We had infinite adventures on those show grounds. One day we junior exhibitors from various barns borrowed the Gator from North Wind Stables and went off-roading in the fields beyond the show ring. On another occasion we organized an impromptu game of kickball in the show ring, using a chewed up Jolly Ball for the ball.

During the show sessions we liked to hang out in the announcer’s booth, or sound trailer, as we called it. Between sessions we took trips to the gas station across the street for snacks. At night we sat in the grandstands and studied various trainers as they worked their horses in the ring. 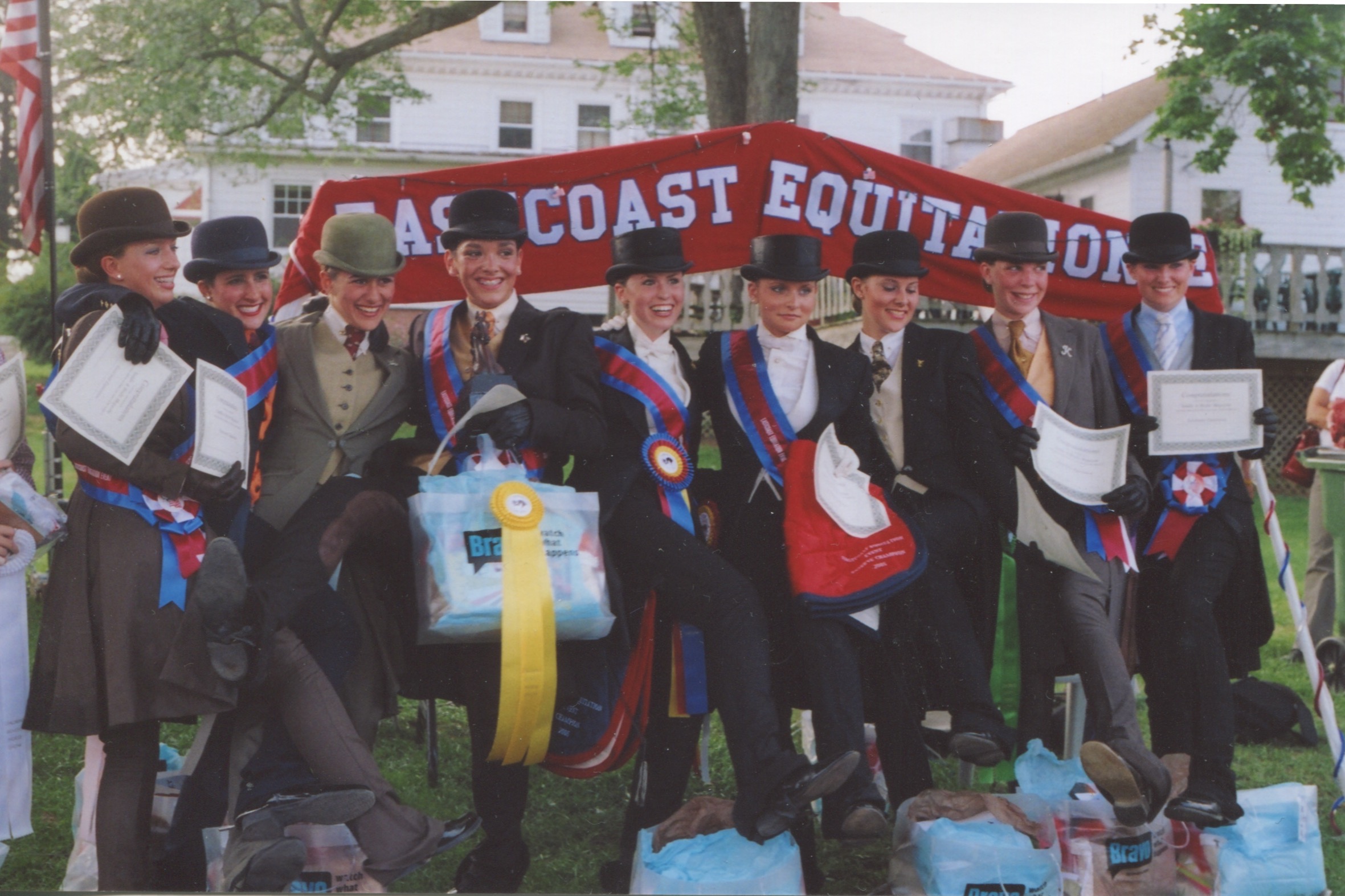 We had some of our scariest experiences there, too, like one of the nights we slept in the barn and awoke to the smell of smoke and someone yelling “Fire!” It turned out that a fan belonging to the neighboring stable had sparked a fire. Thankfully it was quickly put out and no horses even had to be evacuated, but we spent a few terrified minutes in the aisle ready to start throwing open stall doors and hoping for the best.

I experienced many firsts at Quentin. It’s where I fell off in the show ring for the first (and only) time … and took second place anyway. It’s where I met and interviewed Mrs. Alan R. Robson, leading to my first feature story in Saddle & Bridle. I celebrated my birthday there for many consecutive years, and had my first legal drink at the bar and inn across the street the night of my 21st. It’s the last place I ever showed my “heart horse,” Leroy.

I’ve lived in the Midwest now for 14 years, but it’s still hard to comprehend that when I do return to Pennsylvania, our “hometown” show grounds will be no more, and there’s nothing left to do now but hold on to these memories.

To everyone who organized workdays to repair the facilities and fundraisers to keep it going against all odds, thank you for trying. And to the generations of horse lovers who grew up there too, take comfort in knowing that you take a little bit of Quentin with you wherever you go, metaphorically – and because stone dust is forever – maybe even literally.