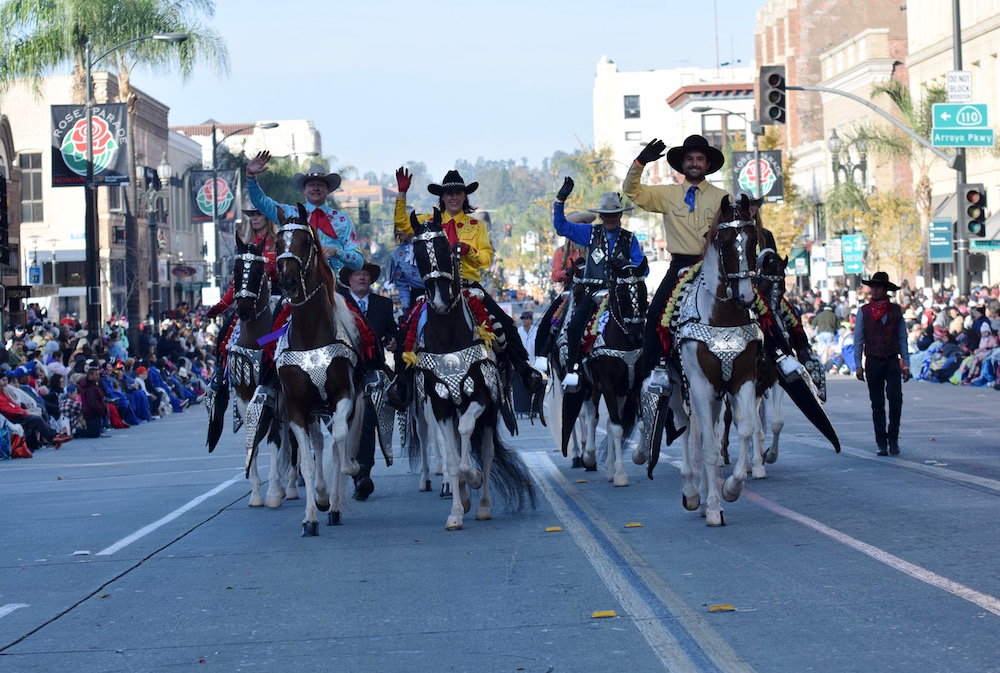 It was around 3 a.m. and our van was crawling down a section of Interstate 210 at about five miles an hour…on purpose. Usually flooded with typical California traffic, the interstate was quiet now, shut down and transformed into a parking lot for the grand spectacle that was about to take place.

From my spot in the back row of the passenger van, where I sat gripping my large camera, I gazed out the window into the relative darkness as a seemingly endless procession of horse trailers passed through my vision. Our destination was a bit further up the highway – the brightest part, where two semi-trailers and eleven horses were parked between a pair of floodlights. This was the Scripps Miramar Ranch staging area for the 129th Rose Parade. And I was here to cover it. 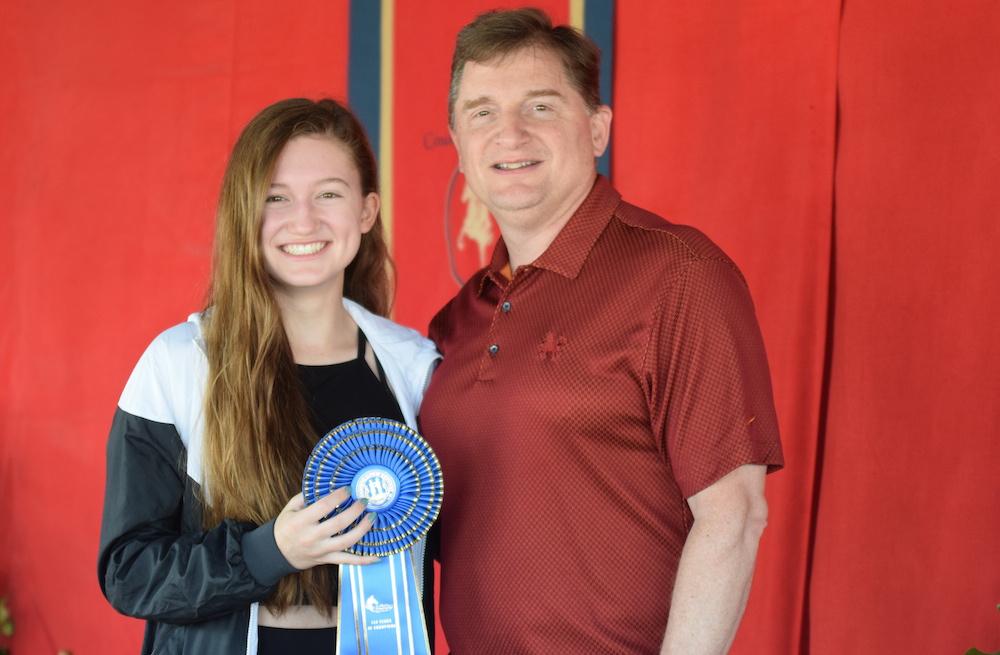 Over the past few years Lauren Beck has made a name for herself as a beautiful and smart-riding equitation competitor with her horse Dreamacres Lucy In The Sky, but at this year's World's Championship Horse Show she made her very first victory pass on the Green Shavings with a different mount and in a different division, and the experience was one she will never forget.

Sunday evening, under the direction of Country Meadow Farm in Mokena, Illinois, she rode her new horse, I'm A Holiday, to win the Junior Exhibitor Three-Gaited Park Division II World's Championship. It was just her fourth show with Holiday, and they had come to Louisville just to gain more experience as a team, so she was completely shocked to hear that they had not only won the class, but won it unanimously. A Louisville victory pass is something she had quite literally dreamt of for years.

When CH Honey Badger entered Freedom Hall Wednesday night at the World's Championship Horse Show, it was the first time his fans had seen him compete in over a year. It was a serious and even life threatening injury that had kept him from the show ring, so it was an emotional moment when he trotted and racked his way to the blue in the Five-Gaited Gelding Stake looking possibly better than ever, eliciting tears from his Matt Shiflet Stables family and his fans alike.

Here is everything you wanted to know about Honey Badger, or "Rocky," and his comeback. 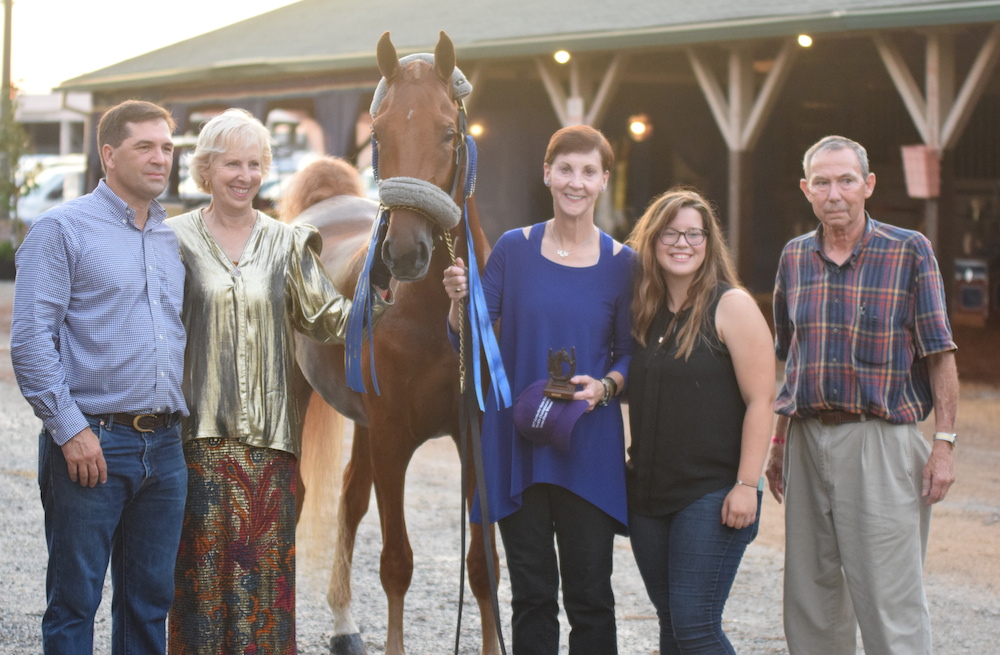 There may have never been a horse more aptly named than Carol Reedy's three-year-old superstar, Lovely. The beautiful fine harness mare made Tuesday evening in Freedom Hall one to remember when she pranced to the blue ribbon during her electrifying performance in the 2017 ASR National Three-Year-Old Fine Harness Futurity.

In addition to her stunning looks, she stood out for her exceptional talent; at just three years old, she looks like a seasoned campaigner. Her arched neck and effortless bouncing park walk turned heads and took breath away, with everyone wanting to know who she was and where she had come from. 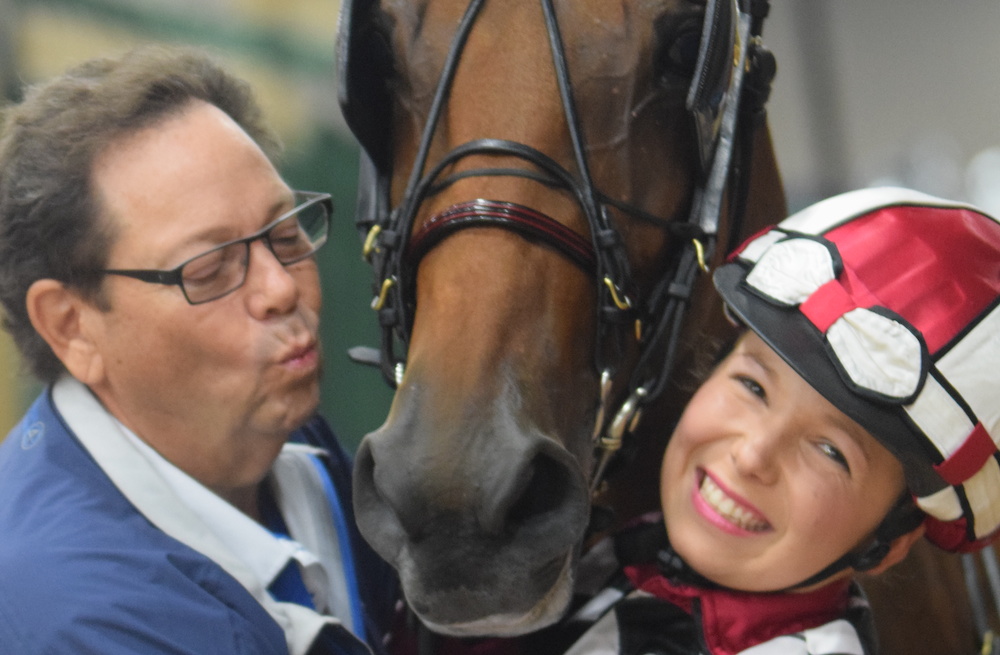 Marty Schaffel and daughter Zoe achieved a potentially unprecedented honor at this year's World's Championship Horse Show when they drove Iamnotacow to back-to-back wins in their respective divisions under the direciton of Five Gait Stables.